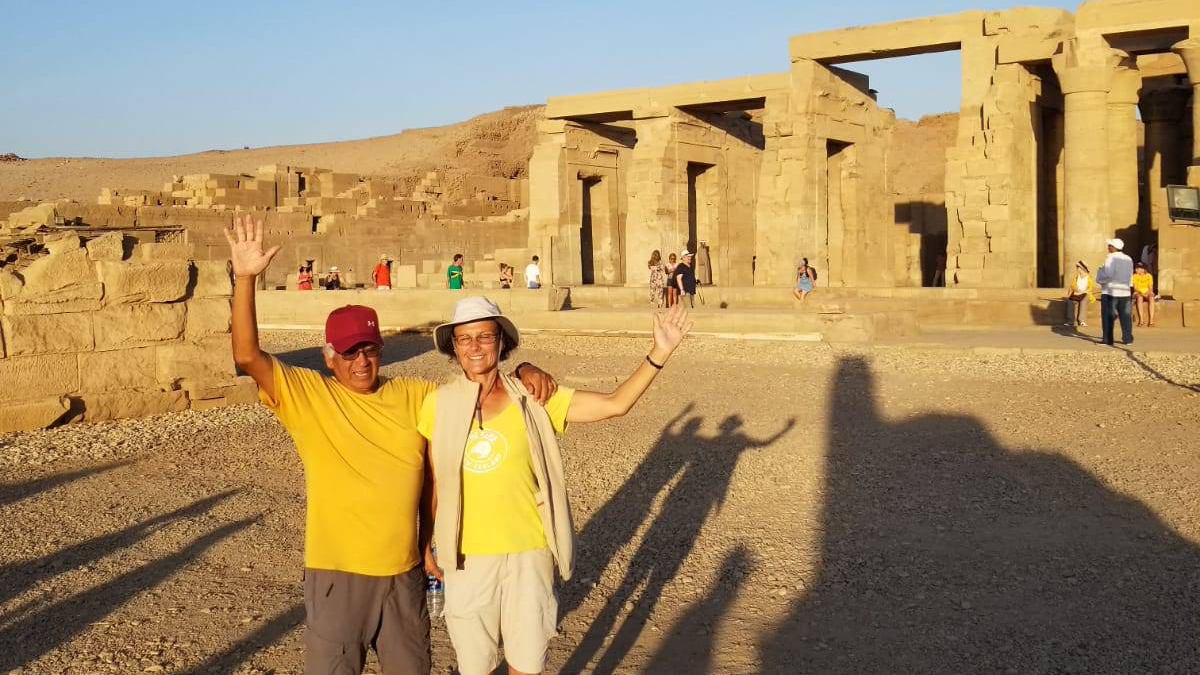 What makes Abu Simbel special is it had to be taken apart and moved 200 feet up otherwise it would be lost under the water of Lake Nasar again because High Aswan Dam.

Took 5 years and 3000 workers to complete. Abu Simbel is two temples. One for Ramses II and one for the temple of Hathor. This is where we found out that there was a Nefertari and Nefertiti (not the same woman). 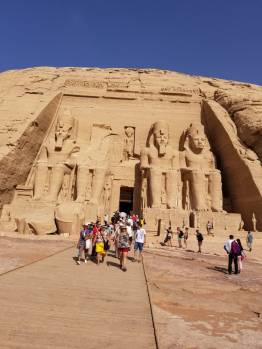 Photos inside the temple can’t do it justice. Absolutely beautiful, granted when it was moved it had work done on it. It’s been said you would never known that it had been moved. Such a good job. You will see these names and dates etched on the columns of Ramses II by visitors (I presume). 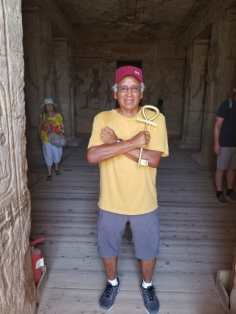 You’ll see this symbol etched (carved) into all the hieroglyphics throughout the tombs….which means eternity. I figured I lost 5 years (of life) sucking in all the smog in China. And jumped into Lake Baikal (Russia), whole body underwater (which I did) you will get 25 added years or will be killed immediately (wife just laughed), but since I’ve been blessed with holding the Eternity symbol.