Sorry for the delay in not getting these to my blogger (daughter Britt, and her busy schedule), in between being lazy, partying, falling asleep early after a busy day. We could even give our friend Nancy Gornowicz a run for the money in the Fit bit walks. We put in our share of pounding the pavement each day.

After arriving at the airport in Siem Reap, Cambodia from Malaysia, we were told by the hotel a driver would be there to meet us. Immigration no problem, had previously gotten visas. Went out to find our driver, got there and there must of been 45+ drivers holding pieces of paper with “your name” printed on them. 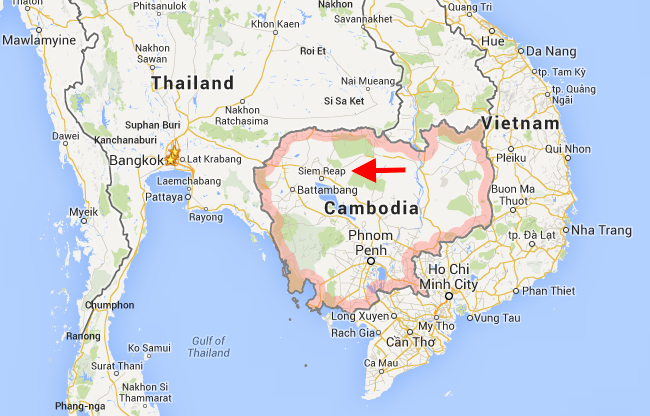 Sun is shinning in our eyes as all the incoming passengers start looking for their name. Probably walked back and forth 5 times..no name…called the hotel, they said “he’s on his way. Be there in 15 min.”

We’re Out of Gas

Told Jeanette let’s take a cab. No, she said.. called hotel there sending someone else. He shows up with our name printed, don’t know if Jeanette has ever seen that before, or been met with a driver holding your name. Cool.

Anyway turned out to be a tutt tutt. A motorcycle with a little cart attached behind it. We had ridden in them before in Jakarta. Got in and headed for the hotel (it’s about 3p), driving along and it sputtered, Jeanette looks at me and says “We’re out of gas,” I nod.

Made it about another block and it stopped. Come to find out he was trying to make it to the gas station. He pushing with both legs while still sitting on his seat. Had about 1 1/2 football fields to the gas station. I go “let me help this guy,” got out and started pushing from the back. He got off the bike and it was really easy to push, but his fellow tutt tutt drivers were making comments to him as they went by.

Told people about it and they said it’s something you don’t see everyday …passengers pushing the tutt tutt’s. Was pretty funny actually.

Bus Us A Beer And We’ll Call It Even

Hotel manager came out to greet us and was sorry that the 1st driver didn’t show and asked how everything was. I told him great, except the 2nd driver ran out of gas and I had to help him push. I said “buy us a beer and we’ll call it even.” He (himself) went and got us two beers. Each day he would come over and talk to us. Enjoyable employees.

Spread all around Siem Reap lie more than 100 Angkorian monuments. The one I heard about was Angkor Wat built around the 12 century. A lot of the things that are there now are replicates due to thefts.

From the 15th century when it was abandoned, to the 1900’s. German and Japanese firms have come in and done a lot of restoration work to the temples. Trees that have grown out of the stones, old steps that led down to swimming pools. The temple is amazing.We spent two days just in and around the other monuments. Others they know about, but the jungle still has a hold on them. 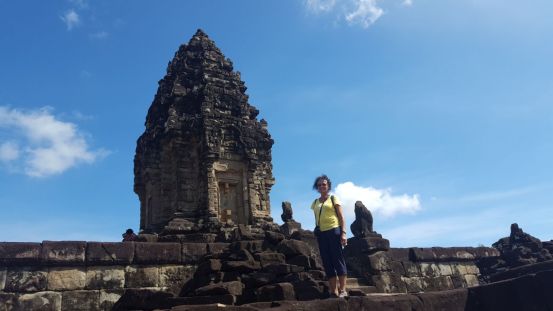 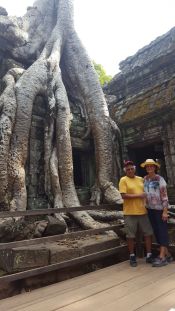 Night(s) On The Town

Out on tours during the day and heading down to Pub Street a couple nights. They do know how to have a good time. Jeanette got the little “fishes” feet manicure, along with some kind of feet and leg massage. The guy beside her fell asleep and was snoring. The girls started laughing. 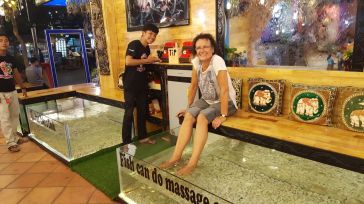 We had a really good time here and if I hadn’t been rambling on so long I would tell you the story of the ex-Cambodian Colonel who owned a bar. That was another fun night!