Even though I’ve been in Singapore for a few days, just like to finish up a few things about Jakarta, Indonesia. Most people arrive and depart for other parts of Indonesia. Can’t say that I disagree with them. But we stayed in Jakarta for a couple days. Hotel was excellent. Nice bedroom, checked out the bathroom, noticed that it was a combo bathroom/shower with no shower door or curtain. Seen them before in other countries, but didn’t know if Jeanette had. She hadn’t. Told her it was just a bathroom with an open shower, no she told me it’s a shower with a toilet in it.

Though we had a driver/guide in Bali, here we just kind of winged it. Read about the old Dutch area of Kota on the coast. Decided to go up there, only Jeanette and I were the only two people walking around these old wooden schooners. To me I would of called them Chinese junks name that I knew them as.

Some guy (2nd guy spoke english…1st guy didn’t, couldn’t understand him didn’t use him) comes up to us and asks if we would like to take a tour for $10 each. I thought to myself great get on one of these boats and never be seen again. But Jeanette wanted to, plus a van pulled up and 8 people got out for a tour. 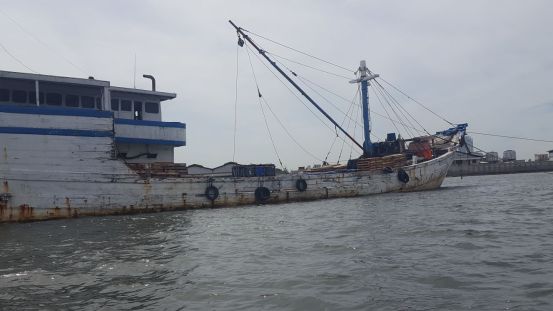 We (driver, tour guide and us) got into a small wooden fishing boat and just toured along these old (really old) schooners. It was great watching them load the boat using antiquated rigging gear. They paid the equivalent $7.oo U.S.p/day docking fee and could dock there 7 days max. Most of the boats were heading across the sea to Borneo. 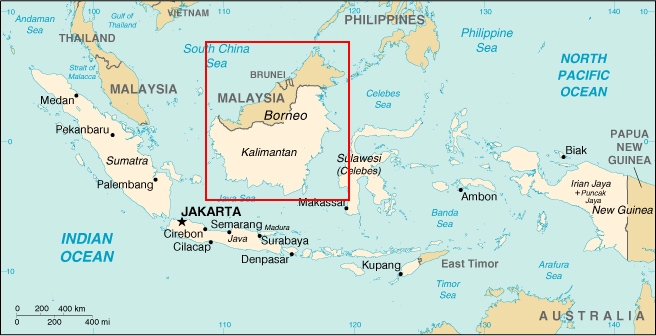 Was a fun tour and off to lunch/dinner. I’m not a late eater and I think Jeanette is (still don’t know after 39 yrs. marriage). So we try to eat before 5p. At dinner, submitting a video of how they drive, were on the 3rd. floor with a window.

Pure entertainment watching 2 guys hustling, stopping other cars while letting their car thru and getting some form of payment. Some guys gave them a coin…others didn’t. Cars going every which way. Our own driver in his little tutt-tutt turned back into oncoming traffic for about 50 yards (till he turned onto our hotel street), the oncoming cars didn’t honk, nothing. Jeanette and I were laughing, he dropped us off and we all started laughing again.